Kuala Lumpur, 28 September 2019 – Honda Malaysia (or the company) today celebrates its 900,000th sales unit achievement with a fun-filled, two-day extravaganza for all Malaysians.

Please refer to the table below for the list of winners of the “Road to 900,000th Unit Milestone Campaign”

Honda Malaysia Managing Director and Chief Executive Officer, Mr. Toichi Ishiyama said, “We are very grateful to all our customers for their support, which has made Honda a trusted car brand in Malaysia. We are very happy to reach such a significant milestone of 900,000th sales unit since our establishment in 2002 and we want to celebrate it with all Malaysians.”

“This campaign is made extra special as it is the first time Honda Malaysia collaborated with popular homegrown brands - Astro Radio, Tealive and unifi – to give away the nine cars. Throughout the campaign period, we received encouraging feedback and active participation from Malaysians. Over 122,000 participations were received in two months! I would like to thank all Malaysians for their support and participation in this campaign as well as the nationwide tour,” added Mr. Ishiyama.

The achievement of 900,000th sales unit adds another notch to the numerous milestones that Honda Malaysia has chalked up over the years. Since Honda Malaysia rolled out the first Completely Knock-Down (CKD) model, the CR-V in 2003, the company has charted a remarkable journey in the Malaysian market. The CKD models have contributed the most to Honda Malaysia’s total sales by 95% and 5% is from Completely Built-Up (CBU) models. Overall, the City contributed the highest at 37%, followed by Civic at 15% and CR-V at 11% since the company’s establishment. Honda Malaysia also saw sales grow rapidly and working very hard to go beyond, and continue to exceed customer expectation.

In 2013, the company is dedicated to expanding its dealers network nationwide for customers’ convenience. To-date, Honda Malaysia has 98 dealerships available in every states and major towns in Malaysia that are striving to provide high-quality services to customers.

Supported by strong demand, Honda Malaysia established the No.2 Production Line in its Pegoh plant in 2014 to increase local assembly capacity. Currently Honda Malaysia assembles ten key models; namely Jazz, Jazz Hybrid, City, City Hybrid, Civic, BR-V, HR-V, HR-V Hybrid, CR-V and Accord. From the sales record for January to August 2019, the top three selling models are the City with 33%, followed by the HR-V and CR-V with 18% and 14% contribution respectively.

Drawing on Honda’s commitment to lead the advancement of mobility, Honda Malaysia aspires to set higher benchmark in the local automotive industry. Aligned with this, the company introduced the three pillars of Honda’s Next Generation Advanced Technology in Malaysia: Honda SENSING, Turbocharged and Sport Hybrid i-DCD which are well accepted in the Malaysian market.

The “Road to 900,000th Unit Milestone Campaign” Grand Finale in Bukit Jalil National Stadium car park on 28 and 29 September 2019 is an avenue where the visitors will get to see the preview of the soon-to-be launched, sporty and stylish New Civic, as well as other Honda models. 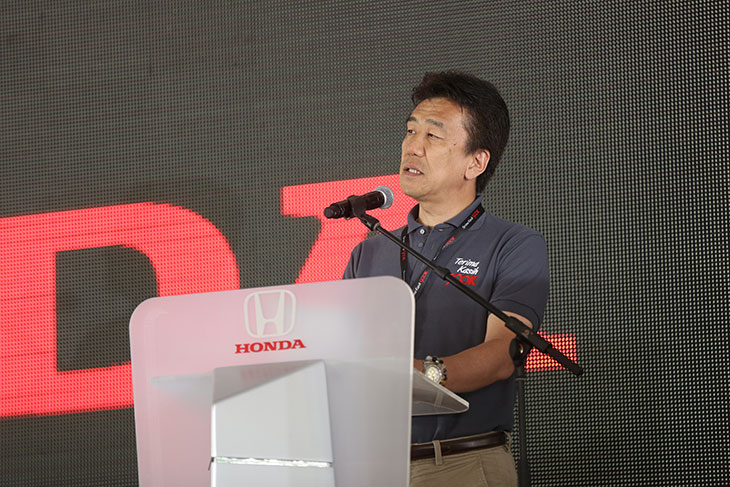