Sepang, 17 December 2013 – The signature “Challenging Spirit” of Honda was in its full glory once again as the Honda Malaysia Racing Team (HMRT) battled it out to emerge champions in the Sepang 1000KM (S1K) Race.

After last year’s debut, the team was fuelled to compete among the top 3 teams this year despite the challenges it faced. Both race machines made the team proud with the Honda Jazz Car 27 and Car 26 finishing in 1st  spot and 9th  place respectively in the 1.6 category.

Mr. Yoichiro Ueno, Managing Director and Chief Executive Officer of Honda Malaysia who is also the HMRT Team Principal said, “Congratulations to the HMRT members who have worked hard and demonstrated Honda’s challenging spirit. Racing and motorsports are deeply rooted in Honda’s DNA. It is Honda’s Reason to Exist. In the past one year, I have seen the determination in our associates to ensure that Honda’s flag was raised high during the race. I am proud to say that they have not let Honda down”.

The winning HMRT was once again a fully Malaysian team where all its 33 members are local associates who worked to make HMRT a reality in their after-work hours. This is an achievement of HMRT’s ultimate objective, which is to train and build up the skills of local talents, and the motorsports arena has provided an excellent platform to hone their mental and physical capabilities.

HMRT Team Director, Mr. Akkbar Danial commented after the race, “I am very proud of the team today and the effort that they have put in to ensure this victory. One of the key strategies was the pit stop timing. We have been practicing for the past few months and throughout the race the team managed to averagely clock a pit stop timing of 1 minute 10 seconds to give them a 30 second lead compared to the other teams.

Returning as drivers for the HMRT race machines are Mohd. Farriz Fauzy, Tengku Ezan Ley, Aaron Lim and Eddie Lew. Tengku Ezan who clocked the fastest time during qualifying and started first on the grid suffered a punctured tire in the first lap but still manage to drive home the car in 9th place with 167 laps completed. Tengku Ezan said “Even though Car 26 didn’t get podium, personally I am still happy as Car 27 managed to bring home the victory. It was unfortunate for the car to suffer the puncture but in the end the team managed to get the car running and finish the race and that symbolizes what the challenging spirit means to us”.

Race machine-wise, the Honda Jazz has been selected for the S1K Race since 2012. The Jazz with its proven stability and outstanding handling was an easy choice to be selected as the race machines. The team worked hard beyond their usual work responsibilities and turned the Jazz into an amazing race car. The Jazz managed to showcase the perfect balance of performance and handling on the race track.

“The S1K race is not just about speed and strategy; it also emphasizes the durability of the finely tuned race machines as well as stamina and perseverance of the team. Taking one step closer to achieve a one-make race in five years’ time, the HMRT has proven that Honda Malaysian associates have what it takes to turn dreams into reality,” added Mr. Ueno.

Coupled with knowledge, experience and expertise gained by competing at various levels of motorsports, Honda emphasizes their commitment to motorsports. The HMRT will continue pushing boundaries and embrace the challenging spirit towards excellence in future motorsports races. 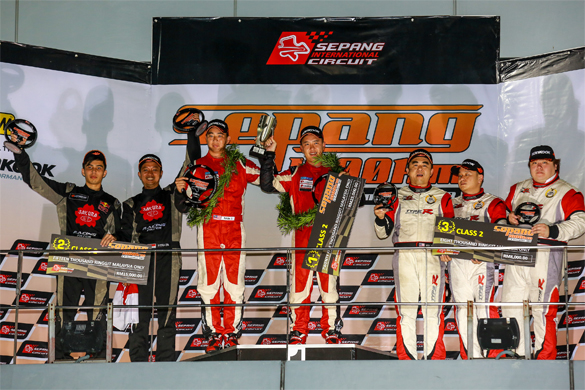 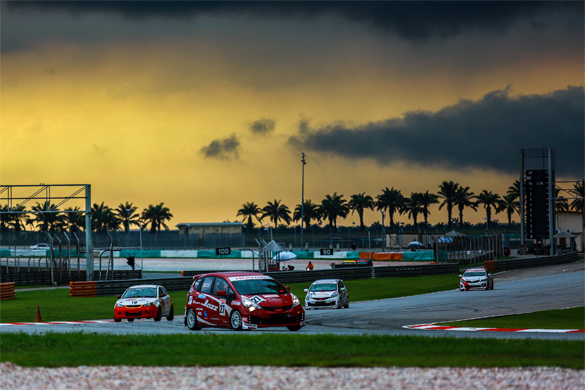 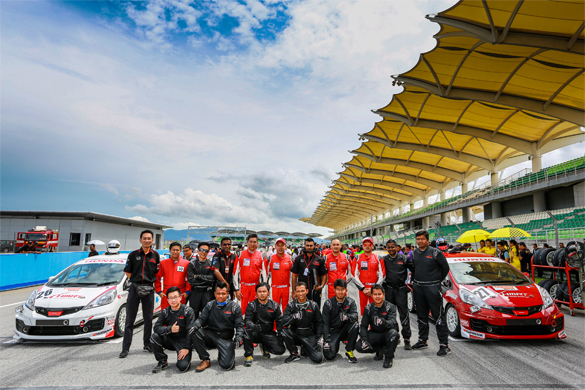 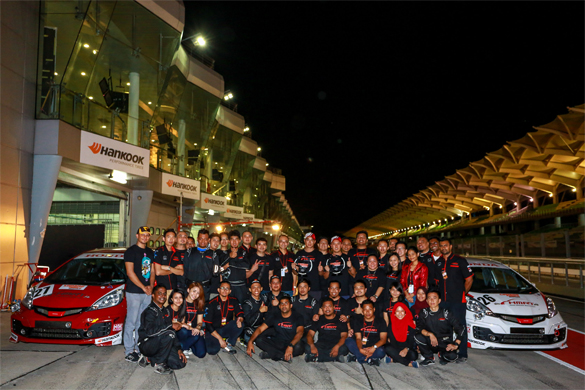 HMRT that won with their Challenging Spirit