Honda Brings to Media the Excitement of Trekking in Danum Valley, Sabah 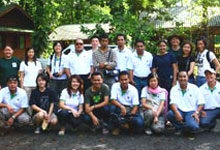 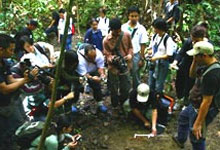 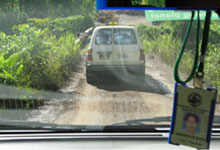 Journey through the unsealed graver road to Danum Valley

The purpose of this adventurous and exciting trip, under the Rhino Rescue Project, is to let media experience first-hand the intricacies behind efforts to understand and save the Sumatran rhinos.

A total of 10 members of media, representing 8 publications took part in this trip. Staying two nights within close proximity of wildlife and nature at Borneo Rainforest Lodge, away from civilization, was indeed a blissful experience for the "visitors".

At Danum Valley, members of the media had the opportunity to visit the information centre, which is located at the WWF Field Centre. They then trekked to the core rhino area to visit a Sumatran rhino wallow, learnt how to identify rhino tracks and footprints, food saplings, rhino's tress marks as well as the settling up of remote cameras and videos to capture the movements of the elusive hairy rhino.

In addition to that, the group went night patrolling with the Rhino Patrol Unit (RPU). They had a taste of setting up roadblocks and checking suspicious vehicles for illegal activities such as hunting and poaching.

Other than the educational and informative activities, the group had an unforgettable canopy walk amidst tall, giant trees of Sabah's tropical rainforest. 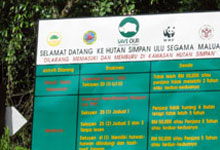 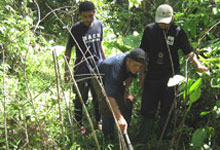 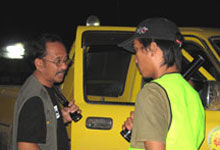 Chief feature writer from China Press, Yeong Chit Sei, one of the media who participated in the trip, said: "This is a very good experience for me. Although we couldn't see the rhino, but I got to learn and see how the rhino enjoy their sauna!" (refering to the rhino's wallow which the media visited during the trek)

She added that Honda's contribution to save this endangered species is a very good example for others.

Journalist from Berita Harian, Mohd Azrone Sarabatin said: "I am excited to have the opportunity to participate in this tour. This is because all these while, I've only been able to read about Sumatran Rhinos which now faces extinction. Even though I didn't see the Sumatran rhino with my own eyes, but at least I saw the fresh wallow left by that particular wildlife. This is one of the most priceless experience for me."

He also said that the most important thing is the effort undertaken by Honda Malaysia to protect and conserve the Sumatran Rhinos for the next generation.

Bernama's journalist Haslin Gaffor commented that he enjoyed doing the story on the trip as it helps raise awareness of the wildlife and environmental conservation in Sabah. This is also the first time he is covering the rhino conservation effort in Danum Valley.

"From the trip, I learnt a lot and have a better understanding now of rhinos conservation efforts especially in Sabah," said Haslin.

Commenting on this exciting trip, Mr. Atsushi Fujimoto, Managing Director and Chief Executive Officer of Honda Malaysia said: "We hope that this trip can provide not only the experience but important information and knowledge on this project to members of media as they are the people conveying the message to the public."

"Honda Malaysia, being the first corporate to initiate rescue efforts for the Sumatran Rhinos is pleased to sustain this meaningful programme through a 5-year commitment and partnership with WWF-Malaysia," he said.

Globally, Honda aims to give back to the society and environment as Honda strives to become a company that society wants to exist. And the same effort is extended to Malaysia as well.

Apart from supporting WWF-Malaysia's research and conservation activities, Honda Malaysia has also taken the initiative to embark on awareness building programmes through school talks, roadshows as well as advertisements. 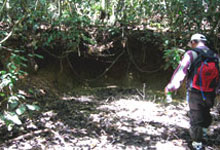 A member of the media inspecting the rhino's wallow 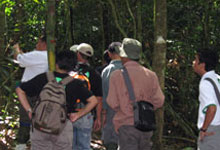 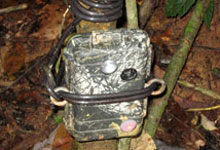 One of the camera traps installed to capture footages of rhino 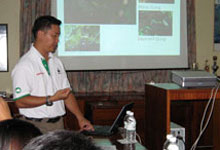