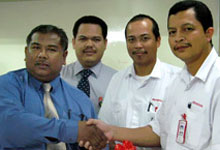 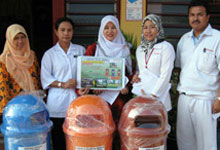 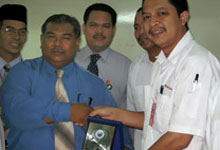 "We want to do more to increase the level of awareness of the environment and the impact of recycling to the environment. By providing these sets of 3 bins each to the schools, we hope to also spur this future generation, who will inherit the earth, to be more conscious of their actions and do something positive for the environment," said Mr Atsushi Fujimoto, Managing Director and Chief Executive Officer of Honda Malaysia Sdn Bhd.

Six Honda associates, forming 3 groups of 2 each will be personally visiting the schools to present the bins to recycle paper (blue bin), glass (brown bin) and metal and plastic (red bin) respectively to the school principals and teachers. In addition to these bins, Honda also donated two posters specially designed by Honda associates, on how to use the recycle bins and to encourage the students to recycle. Altogether, 20 Sekolah Kebangsaan, 7 Chinese schools and 4 Tamil schools nearest to Honda's Malacca plant, will be receiving the recycle bins.

"We hope that this donation of the recycle bins will serve as a platform for the students in these schools to learn more about recycling and will help cultivate the habit of recycling among them," said Encik Ainol Azmil.

"This is Honda's commitment to environment which is also in line with our mission to become a company that society wants to exist. Besides this effort, we have also initiated the Rhino Rescue Project to help save our Sumatran Rhinos and environment, and for the less privilege youths, the Honda Dreams Fund provides a means for them to realize their dreams through education," he added. 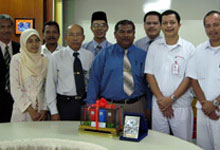 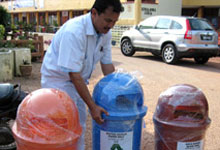