After a long wait of more than three months, 45 Malaysian motoring media were finally able to get their feet on the pedals of the coveted Honda Civic Type R and Civic Hybrid which was launched on August 2, 2007. 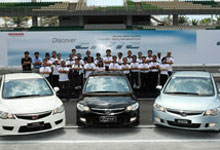 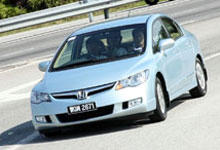 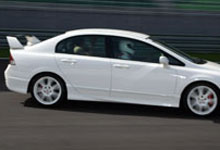 The first group of 26 media participated in the morning session while the second group of 19 media plus 5 contest winners came for the afternoon session.

Honda Malaysia spared no efforts in making sure that the media were able to fully experience the new Civic Type R, Civic Hybrid, Civic 2.0L and Civic 1.8L on its appropriate test routes as well as discover the distinctiveness of each model and the engineering technology behind it all. For this, the first route, which involved the Type R and 2.0L, was at the tracks while the Hybrid and 1.8L were tested on a test route around the public roads of Sepang.

The test drive was a hit with most of the media, as shown by their words and the excitement on their faces as they emerge from the cars after the test!

Editor of Top Gear, Donald Cheah, had this to say about the test drive, "The Civic Type R performed above expectations. It's everything a Japanese sports car is and more. The neck-snapping performance is only equalled by the ease at which it delivers the thrills. The steering is a bit light, but I expected that. Staying in control in the Civic Type R is almost effortless. The quickly climbing revs are very addictive and you just can't help but push the car to the limit. The manual shift is smooth and confident. The brakes, nicely balanced and modulated. It's one of the most balanced cars I have driven on the track."

"The Hybrid is a different breed of motoring experience. It's great for the environmentally conscious and that's what it was designed for. Accept that and it's as good a ride as any other vehicle. Sorry, no adrenaline-inspired thrills to be had in this machine but at least it helps your great grandchildren experience what a real tree looks and feels like in a 100 years time."

"The Type R is brilliant! It is THE superstar on the circuit," added Denis Wong, Editor of Autocar Asean.

He also commented that it is rare that the media can test the entire range of Civic at one event. It shows how complete the Civic range is, that there is something for everyone, whether you are looking for fuel economy or performance.

Agreeing with Denis, Chris Wee, Editor of EVO magazine said, "Honda Malaysia should be given great credit for organising the Civic test drive at the Sepang International Circuit; where better to evaluate the merits of a Type-R than at its spiritual birthplace? While many production sports cars these days are made with a pinch of race ability, the Type-R proved to be a racecar that was made with a pinch of everyday practicality. I can't think of the better place that Honda Malaysia could have chosen for us to fully experience the outstanding virtues of a truly iconic car. Kudos to all involved for the best day of performance driving in recent memory"

Overall, the event and the Honda Civic line up received a thumbs-up vote from the media. They had lots of fun especially with the test drive on the track eventhough they emerged all sweaty and sunburnt! It was worth it all to be able to experience the full range of the unique and versatile Civic, both on the road as well as on the track.

Honda Malaysia was able to achieve the objective of the event which was to showcase the diversity and uniqueness of the versatile Honda Civic through a complete test drive of the full range of Civics available in Malaysia. It was indeed a unique test drive in itself! 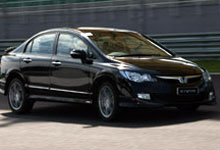 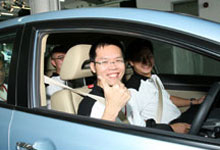 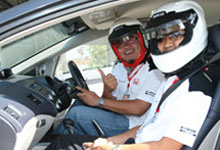