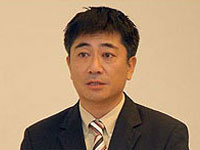 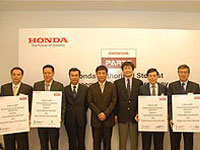 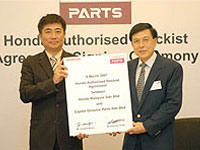 Through the agreement with Honda Parts, these five Honda Authorised Stockists are aligned to supply genuine Honda parts to a network of an estimated 800 retail shops nationwide. Fundamentally, the agreement serves to protect Honda's customers from being sold imitation or smuggled parts from unscrupulous suppliers, as well as unreasonable pricing. Additionally, through the appointment of the stockists, customers will have the convenience of wider accessibility to genuine Honda parts through the stockist network, including smaller locations not covered by the network of Honda authorised dealers.

During the ceremony, Mr Yasuhide Mizuno, Chief Executive Officer and Managing Director of Honda Malaysia expressed, "We hope that with this new partnership with the Honda Authorised Stockists, we will be able to satisfy our customers' growing needs, and compensate the demands from customers not within immediate proximity of Honda authorised dealers."

Mr. Chow Hon Thong, Managing Director of Capital Genuine Parts Sdn Bhd also commented, "We have an extensive network of customers, and we are sure that by working together with Honda, we will be able to play our role in supporting not just Honda dealers but mainly the Honda end users in hard to reach or remote areas in Malaysia."

The appointment of Honda Authorised Stockists is a reflection of Honda's outstanding achievements in exceeding customer expectations, in line with the organisation's continuous goal of emerging Number One in Customer Satisfaction among its competitors.