Petaling Jaya, October 20, 2008 - Honda Malaysia Sdn Bhd today announced that the Civic Hybrid will now cost between RM125,000 to RM130,000 after taking into consideration the exemption of 100% import duty and 50% excise duty on new hybrid CBU vehicles below 2,000cc as announced in the Budget 2009. 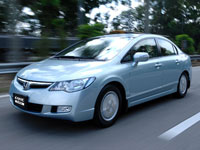 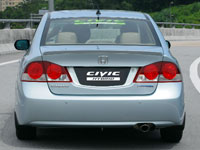 With the revised pricing for the Civic Hybrid, Honda Malaysia believes that it will encourage more Malaysians to opt for environmentally responsible technology that are also fuel-efficient. The Civic Hybrid can give up to 31 km/litre, significantly more than most conventional engine vehicles.

As the pioneer in introducing Hybrid technology to Malaysians, Honda will continue to educate and build awareness of the Hybrid technology amongst Malaysians. The urgency to promote advanced technology that are fuel efficient and reduce fuel consumption is a worldwide need to decelerate climate change and also lessen dependence on fossil energy. As such, globally, Honda is committed to continue developing technologies which are gentle on the environment yet fun to drive.