The Perfectionist - Presented Exclusively By Accord - Launched with showcase of Accord 2.0 VTi-L

Kuala Lumpur, 29th July 2009 - Following the release of Accord 2.0 VTi-L and the new color Taffeta White, Honda Malaysia today officially showcased the new variant at the launch of an inspiring campaign aptly themed The Perfectionist - Presented Exclusively By Accord. Officially presented by Managing Director and Chief Executive Officer, Mr. Toru Takahashi, the new variant has been a hit since its arrival was officially announced on July 15.

In conjunction with the new release, Honda Malaysia took the opportunity to convey Accord's maxim: 'Ambition has no limits' to Malaysian audiences through a campaign themed The Perfectionist - Presented Exclusively by Accord.

Speaking at the launch ceremony, Mr Toru Takahashi, the Managing Director and Chief Executive Officer of Honda Malaysia remarked that, "The 8th Generation Accord evokes an all new emotion that makes a refined and sophisticated statement with pure luxury and performance for the Accord owner." 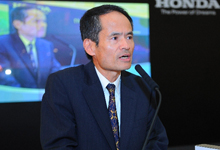 Mr. Toru Takahashi, Managing Director and Chief Executive Officer of Honda Malaysia Sdn. Bhd. delivering his speech at the launch of The Perfectionist. 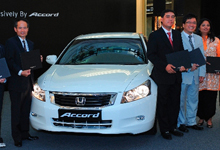 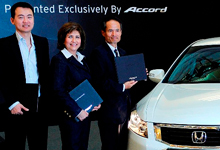 He explained, "Aptly positioned as an inspiring symbol of ambition and success, the Accord thrives on its maxim: 'Ambition has no limits'. Therefore, Honda Malaysia initiated The Perfectionist campaign through which we hope to provide a source of inspiration for those who aspire to succeed in life."

During the launch, the campaign was clearly manifested with three key elements: 6 inspiring messages from some of the best-in-class personas, a fine art photography exhibition and a commemorative handbook. Through these elements, Accord aims to inspire its audience to redefine their ambitions, and strive for excellence in their pursuit towards success; just as how the engineers in Honda strived to deliver the best-in-class 8th Generation Accord to its customers. 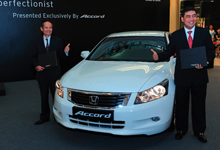 (L-R) Mr. Toru Takahashi and Encik Azman Idris at The Perfectionist launch with the latest added variant Accord 2.0 VTi-L. 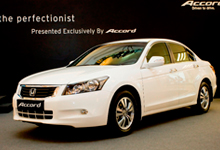 The special showcase of Accord 2.0 VTi-L in Taffeta White, a new colour recently added to 2.0L and 2.4L range. 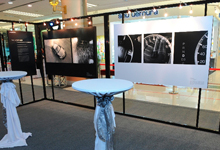 (L-R) Encik One of the exhibition panels showcasing the different aspects of Accord.

Through their years of experience, the personas shared with attending guests their secret to success; suggesting that success is not a destination but a journey. In their respective expressions, the personas reiterated that a journey as such is to be fueled by ambition, as it is limitless.

The second element presented during the launch was a fine art photography exhibition, which depicted the essence of Accord and its subtle beauty. 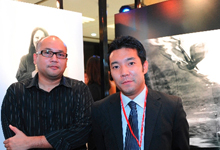 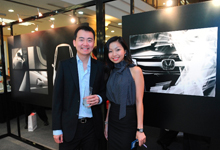 The exhibition consists of 16 panels, which showcased the works of 4 best-in- class photographers namely Azrul K Abdullah, Darren Chang, Bustamam Mokhtar and Patrick Yap. Commissioned by Honda Malaysia for their eyes for details and highly specialized photography techniques, the photographers were set forward with a unified goal: to magnify certain facets of Accord and its minute details that were not immediately apparent at first glance.

The fine art photography exhibition will be open to the public from today until 2nd August at One Utama Shopping Mall, and is scheduled to tour Penang and Johor Bahru in August and October respectively.

The final element presented during the launch was a commemorative handbook, a 54-page compilation that encapsulates all campaign elements. Given to exhibition visitors, especially those who thrive upon ambition and success in life, the compilation is essentially a source of inspiration.

To date, the enhanced Accord 2.0 VTi-L has been well received with more than 500 bookings nationwide, which are twice the monthly target; out of which, close to 200 have been delivered. The latest release is fitted with value added features and improved styling such as plush leather interior, functional cruise control and fully automated 8-way driver seat.

The new hue Taffeta White introduced to the Accord 2.0L and 2.4L likewise received a warm response. There are more than 300 soon-to-be owners opting for the eye-catching color.

Visit the exhibition today until 2nd August at One Utama, Petaling Jaya or in Penang from 21st to 23rd August and Johor Bahru from 2nd to 4th October 2009. Redefine ambition and get reacquainted with new levels of sophisticated engineering in the Accord 2.0 VTi-L now. For more information, please call Honda Toll Free number at 1-800-88-2020, or log on to Honda Malaysia's website at www.honda.com.my for more details.